Beach soccer: from Brazil to the world and from hobby to Olympic sport

Revenir
Beach Soccer
Beach soccer: from Brazil to the world and from hobby to Olympic sport
09.05.2019

Complex Esportiu Futbol Salou will host from May 9-12 the European Qualifier for the first edition of the World Beach Games, which will take place in San Diego, California between 9th and 14th of October. They are nothing less than the first Olympic Beach Games in history.

But ... who invented beach soccer?

This variant of football cannot be credited to anyone in particular, but in recent decades it has been spontaneously played on beaches from all around the world. However, Brazil is considered to be the birthplace of beach soccer, which is the combination of the Brazilian people’s passion for football and the body language expression typical of their culture, which is also reflected in the music, the dance and other sports disciplines such as capoeira.

Bearing in mind that, in a beach soccer match there is a shot on goal every 30 seconds and an average of 9 goals per game, we could conclude that rhythm is not a problem, don’t you think? 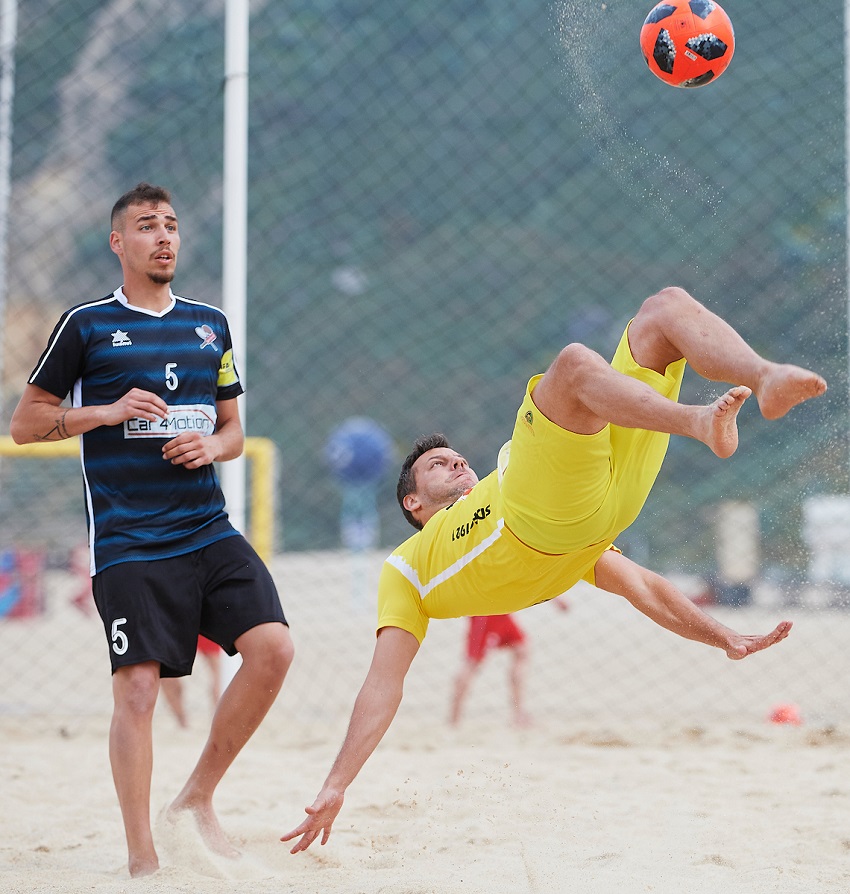 A bit of history about beach soccer

Despite being a popular sport played on beaches all over the world, it wasn’t until 1992 when the Beach Soccer Worldwide, a company based in Barcelona specially created to develop this type of football, that beach soccer rules of game were codified for the first time.

Thus, the first Beach Soccer World Championship was held in 1995 at Rio de Janeiro’s Copacabana Beach. It was so successful that it gave rise to the Pro Beach Soccer Tour a year later, with 60 games played across South America, Asia, the United States and Europe. The tour was a new success and it led to the creation of the Euro Beach Soccer League in 1998.

The recognition of beach soccer by FIFA in May 2005 has, without a doubt, skyrocketed its popularity at a universal level.

Nowadays, 114 countries from all the continents compete in the Beach Soccer World Ranking. 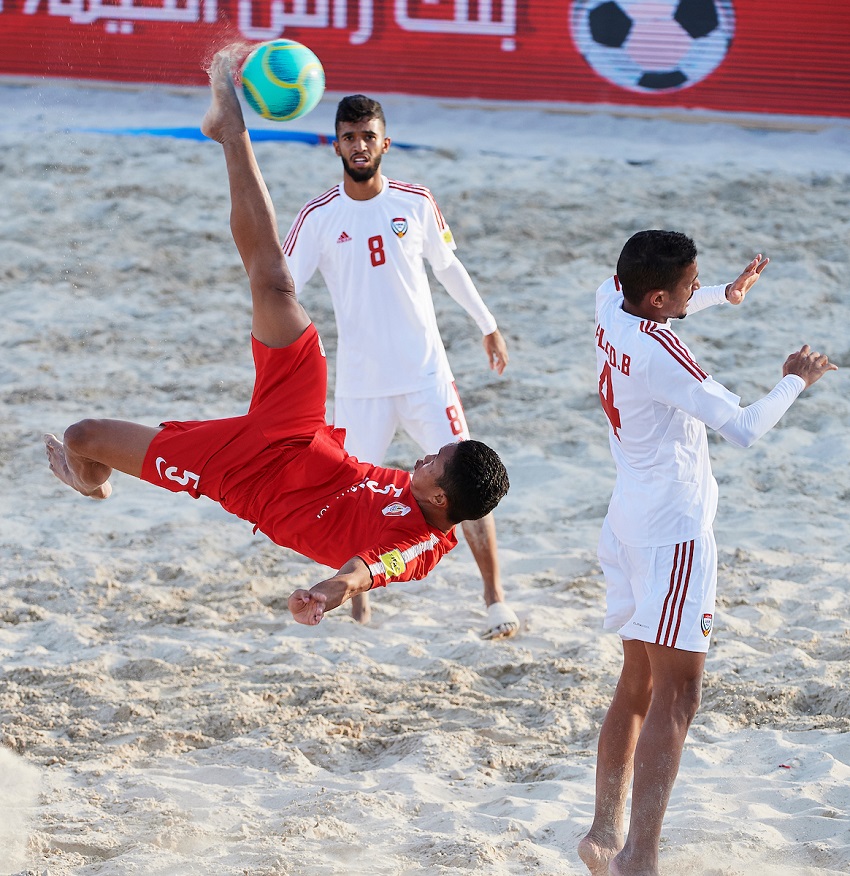 How to play beach soccer? Things you should know

If you are still landing on this sport, you may be interested in the basic laws of the game principals: 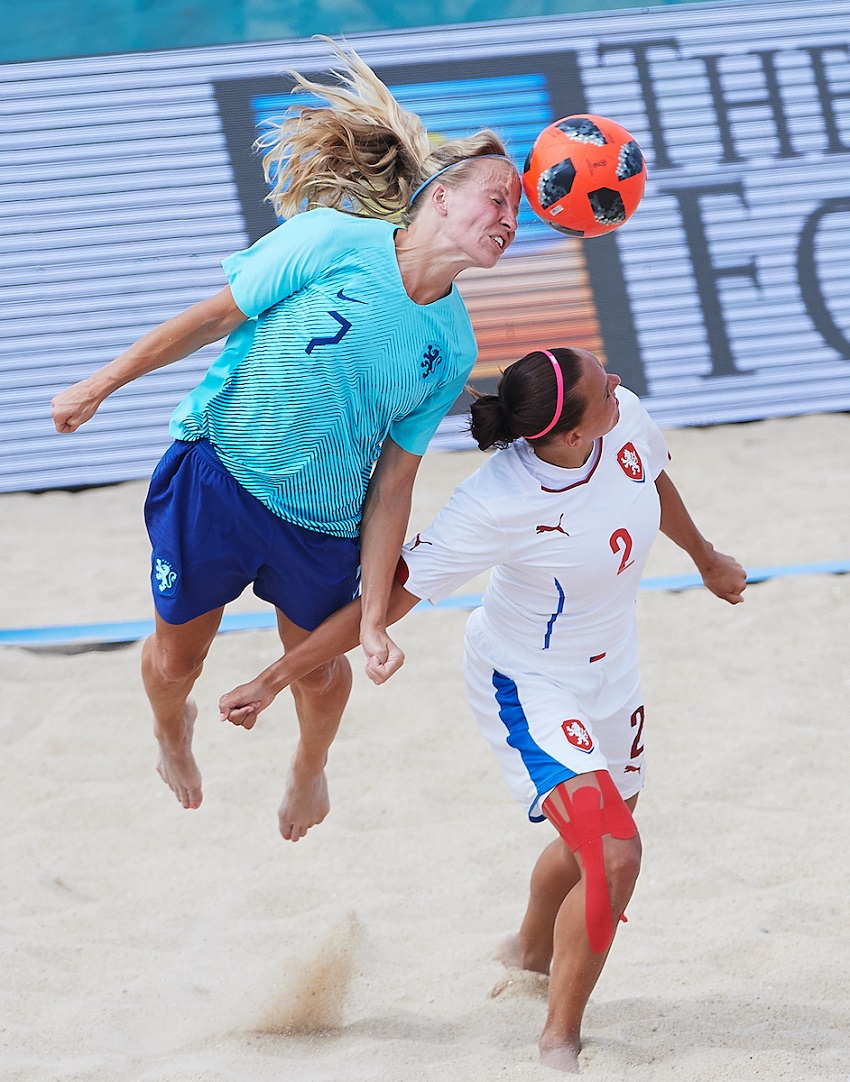 What is at stake in the European Qualifiers that will host CE Futbol Salou?

In the men's pool, with 16 teams fighting in a play-off knockout system, four national teams will secure qualification to this first World Beach Games which will be held in San Diego, between the 9th and the 14th of October. The fifth-place finisher in Salou will also have the opportunity to vie for one berth to San Diego, in a future match against the 3rd best-ranked CONMEBOL team.

Women's national teams from Spain, England, Russia, Czech Republic and Switzerland will also take part in this World Beach Games – Europe Qualifier Salou. In this case, it will be a round-robin tournament where only the two finalists of the play-offs will travel to San Diego.

Do not miss the European qualifiers that will take place at the Complex Esportiu Futbol Salou!