Toña Is, the former national team coach that has broken down all barriers.

Revenir
Football
Toña Is, the former national team coach that has broken down all barriers.
22.01.2020

In your track record as a footballer there is a lot of “the first to…” Mow many barriers have you broken down along your career?

Every time we achieve something with this national team is almost like making history. I will keep working with the same humility to continue obtaining titles and to break barriers for women and for all women’s football in general.

Do you feel like all these titles are a reward for a lifetime’s work?

All these victories are, in some way, the reward for the hard work, effort and sacrifice made during these years. When I first went with the Federation, I had just won a Spanish championship with the regional team of Asturias, which was also the first time in history that a Spanish competition was won by the Asturian women’s team.

It has taken me a lot to get this far and I’m still working to get further. Because in the end, the titles achieved are what back a coach. 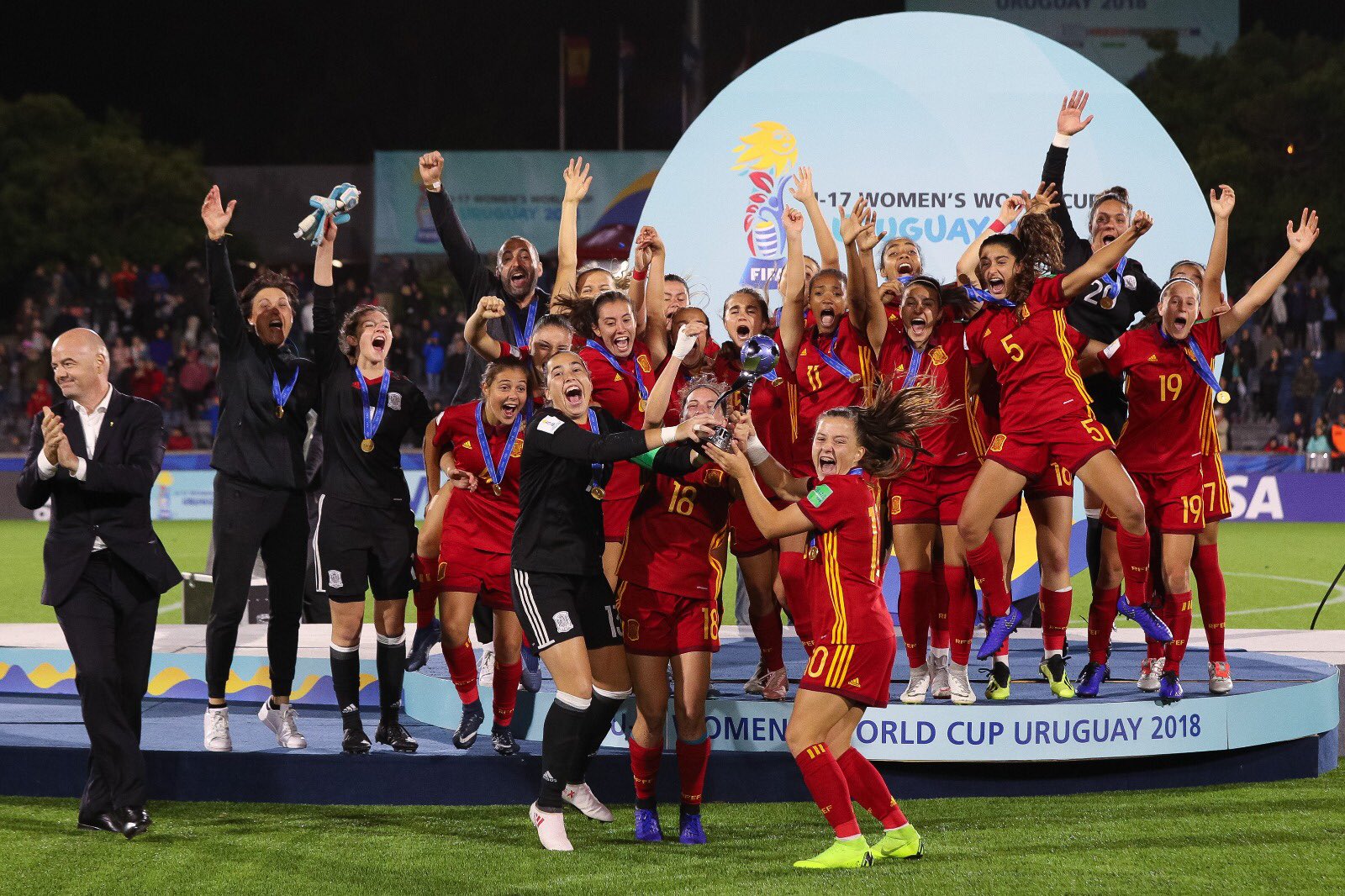 It has taken me a lot to get this far and I’m still working to get further. Because in the end, the titles achieved are what back a coach.

You were also part of the team that won, for the first time ever, a medal for the women’s national team in a European tournament...

Yes, I was in the first European championship in which the Spanish women’s football team made a podium. We won a bronze medal in Europe in the 1997 UEFA European Women’s in the Sweden-Norway Championship. So far it is the best position Spain has ranked at a senior level.

I am glad to have been one of the 20 women who also made history as a footballer at that time, which was something historic, and still is, as something like that has not been achieved yet.

How did you start playing football and how did it become your passion and your lifestyle?

I started playing football when I was 14 years old, which was late, but that was long time ago. Now girls start playing when they are 4 years old. They are 10 years ahead from when I started, and this is really good. Since then, my life has been football, football and more football.

When I started as a player it was hard. I would go to watch my brothers play and I couldn’t play because back then we weren’t allowed to play with boys. They would play on regular football fields whereas my first game was played on a meadow demarcated with paint, some sticks as the goal and a rope as the crossbar… To me, it was very frustrating, it wasn’t the field we imagined, however eagerness made us move forward.

Those of us who started playing football back then, despite the insults and bad gestures we received from many people, we were brave ... We ended up surviving only those that, really, said: I want to be a footballer, and nobody will stop me just because I’m a woman.

The girls I’m currently training, for example, have what they have thanks to those brave ones that dared not to throw in the towel.

Even so, still remains much to be done. For example, let’s talk about the controversy over the collective agreement for female footballers… 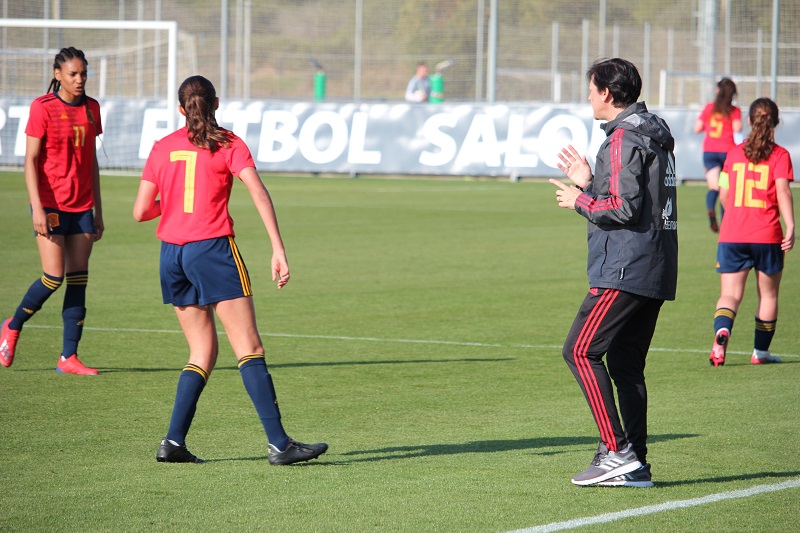 I am glad to have been one of the 20 women who also made history as a footballer at that time, which was something historic, and still is, as something like that has not been achieved yet.

What are the challenges for women’s football?

For example, boys drop out school at an early age to devote themselves to football. I think that it is possible to combine both. We must be educated football players. In the lower categories I manage I try to instil in them that studies are important because, in the end, it is what they will live off.

Unfortunately, women’s football doesn’t generate, for the time being, the income generated by men’s football. The amounts earned by women do not let them live on what they have generated during their football career once they retire.

Let’s talk about the U-17 team, an incredibly successful category…

In 2018 we won the gold medal in the European championship in Lithuania and in the World Cup Uruguay. In 2019 we have been semi-finalists in the Euro. Now we are delighted at Futbol Salou getting ready for the elite round we have in March and we will play a friendly match against Germany, that is an acid test, the best national team we can play against and the current winner.

We have to be among the 3 best in Europe to qualify for the World Cup that will be played in India this year. 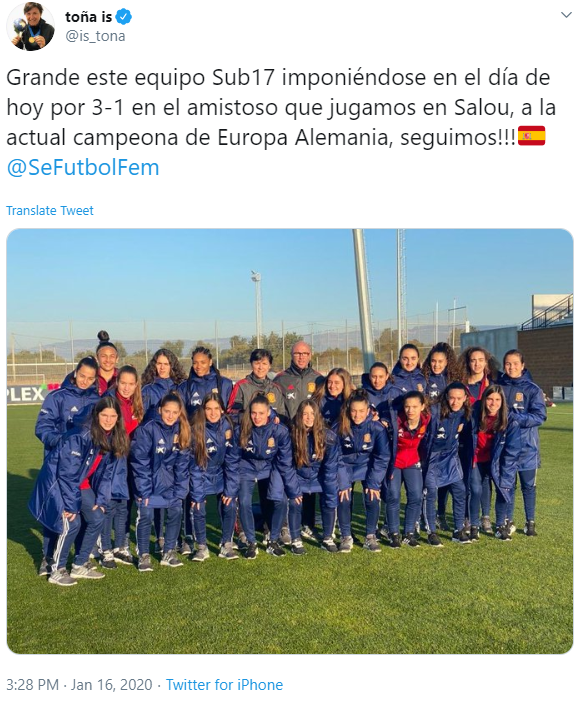 Your daughter, Paula Suárez, has inherited your passion for football and has gone to fulfil her own American dream. What advice do you give her?

My daughter is a goalkeeper and she was part of the national team in the U-16 and U-17 category with that golden generation that has won everything. This year she has received offers from different universities from the United States with a sports scholarship and has told me: I am going to live the American adventure!

I give her all the advice of the world, but there they don’t value her for being the daughter of a national team manage. They care about her as a person, as the player. Here she suffered because lots of people would tell her that she was in the national team “for being the daughter of” but I think that, if a person meets the level, one shouldn’t be treated dismissively – or be praised – just because they share kinship.

What’s more, she is a great student. She is in the University’s honour roll and has been nominated several times as the best athlete in the Confederation. It's not by chance. 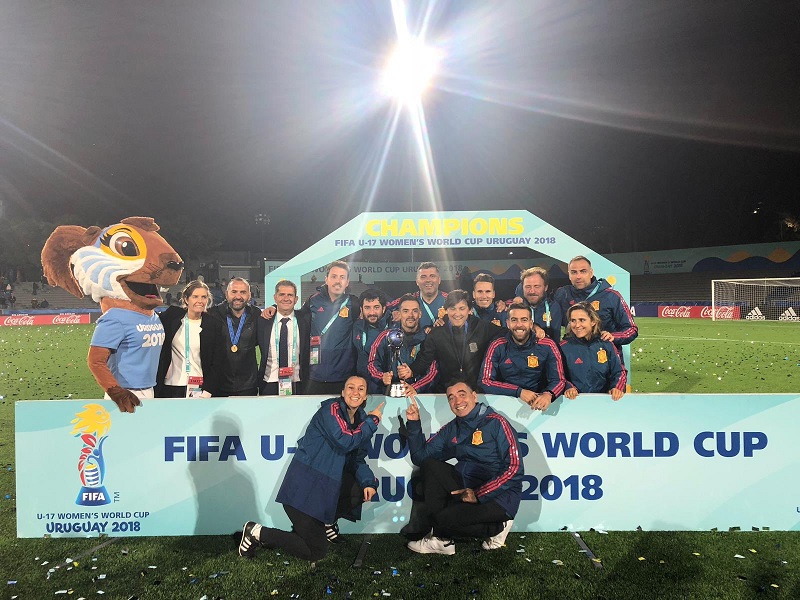 Managing a team of teenagers shouldn't be easy, especially at an emotional level. Given the controversial statements of former Espanyol coach, Pablo Machín, do you believe in the role of the sports psychologist?

I believe in the role of sports psychologist. We have a someone in the staff that helps us in this aspect, me as a coach and the group, because you have to manage many things and it is not easy in a group of young people.

For example, for the World Cup, you take the girls away for a month from their environments, from their friends, from their school, from their family ... It's not easy. And, suddenly, they have another family. That is why such strong links are created during the competition, because they are the people they rely on. 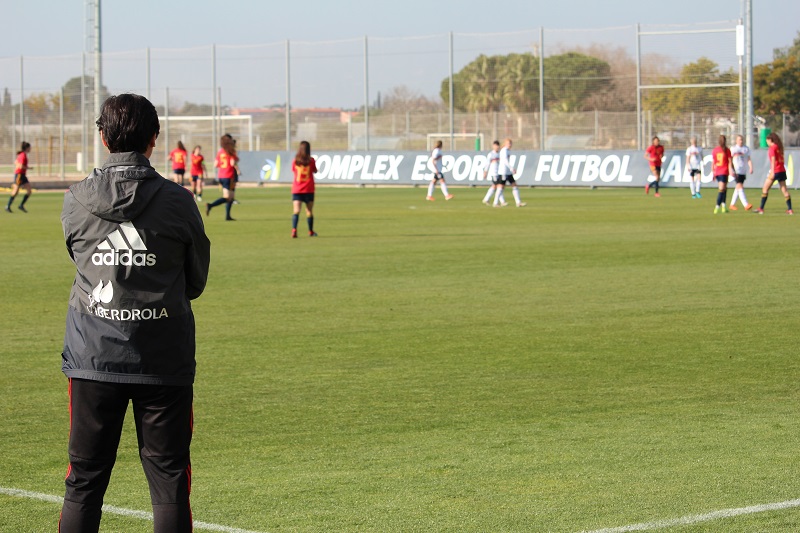 It certainly is a complicate age….

How do you think your players would describe you?

What is the recipe for such success?

Work, work and ambition. It's something I like to convey to the girls. I am very ambitious, not excessive, but one must be ambitious.