What is and how to play flag football

What is and how to play flag football?

Flag football is a version of American football played without the American football characteristic contact between players. In flag football tackling (downs) is not allowed, instead flags are attached to the ballcarrier’s belt, one on each side of the waist. When a player manages to pull the flag from an opponent, the game stops and another play begins, just like when there is a tackle or a down in American football. The rules are almost the same, the only difference is that the physical contact is limited.

Flag football regulation in Europe is overseen by the IFAF (International Federation of American Football). Basically, the rules of the game are based on American football but with some differences. The objective is the same, there are four opportunities (up to 4 downs or pulling-off the flag), to cross the midfield. Once you cross the midfield there are 4 more opportunities to score a touchdown. 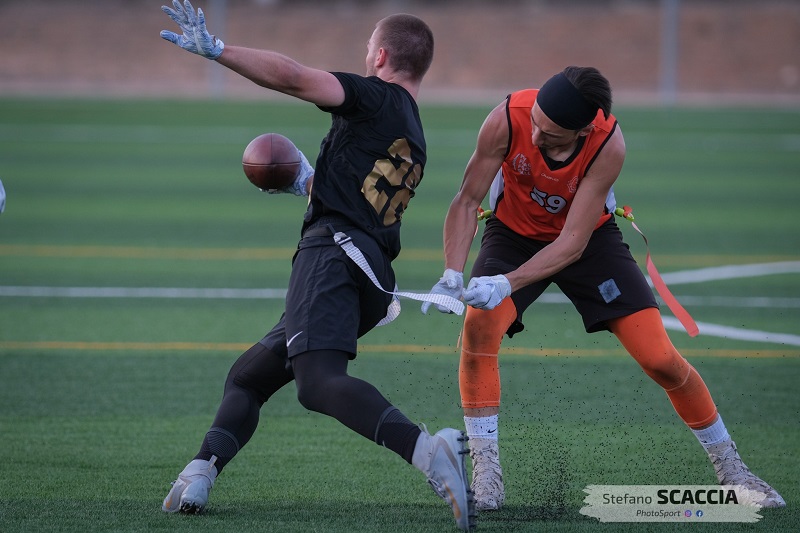 According to Bart Iaccarino, former player, flag football manager and Champions Bowl 2019 organizer, playing 5-a-side in Europe is an advantage because it makes it easy for teams to find facilities like, for example, indoor football pitches. And this, in turn, it makes it easy for this minority sport to be known by more people and more teams can be created.

Besides, unlike most sports flag football allows mixed teams in tournaments. In the men’s league women can play and there is also a league only for women. 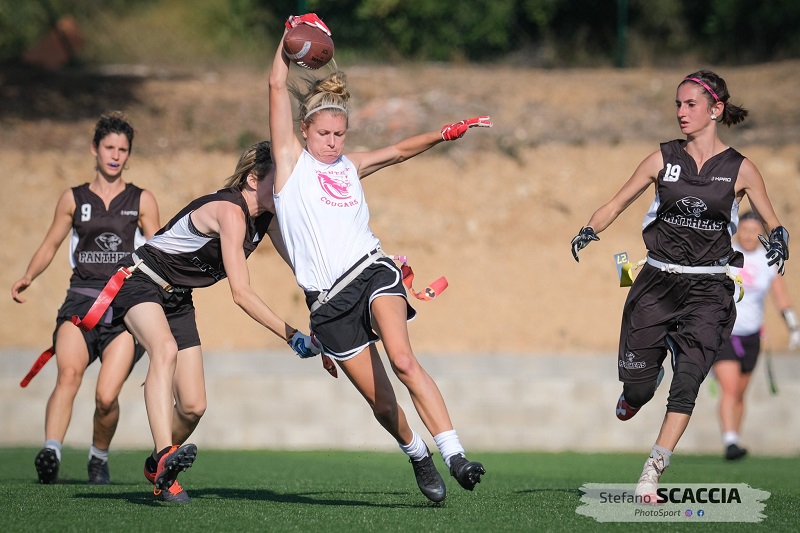 What is the origin of flag football?

Although there are previous records, flag football became popular in the 40’s in the United States military bases. Soldiers couldn’t risk getting injured playing American football. So, by replacing the tackling with the action of pulling a flag the game became safer and just as exciting.

The number of boys and girls between 6 and 12 years old that play flag football in the United States has increase by 38% in the last years, even surpassing the number of those playing American football. This data is from a study conducted by the Sports & Fitness Industry Association, which studies youth participation in sports and that was spread by the New York Times in November 2018.

This growth is attributed to the growing concern about brain injures and cognitive problems that American football tackles can have on boys and girls that are still growing. 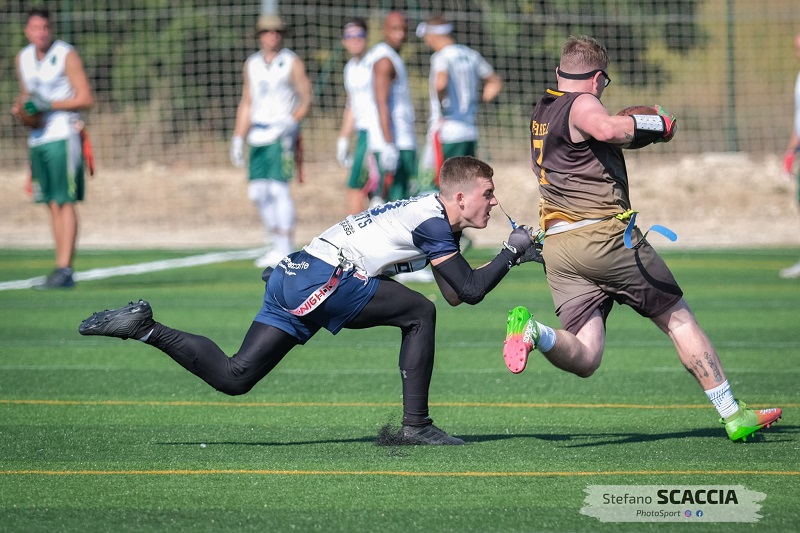 The champions Bowl lands at the Complex Esportiu Futbol Salou

The Champions Bowl, the most prestigious flag football tournament in Europe, has ben held for the second consecutive year at the Complex Esportiu Futbol Salou. More than 400 players and 26 teams, from 9 European countries, fought for being the best team in the continent.

Bart Iccarino, Champion Bowl organizer, manager of the Pioners from Barcelona and former player of the Imperial from Reus, among other teams, claims that the Champion Bowl is a prestigious and unique tournament in its format, because to participate teams have to be invited based on the fact that they are the best of their respective leagues. That is, the Champion Bowl is a high-level tournament. Who stands out with all this level? 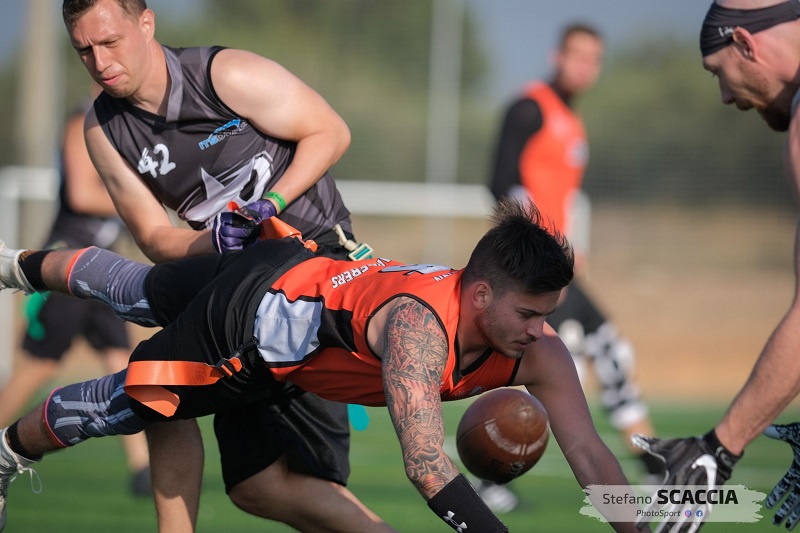 “The European power, nowadays, is Denmark. The best I have seen so far. They are sporty people, that look after their health and that, due to the weather, train a lot in sports centres and gyms. Besides, they are the ones that take more care of the base. Last year Hervel Rebels won the Danish league and the Campion Bowl with only 6 players”, confirms Iaccarino.

Nevertheless, in Spain Flag football is still residual. According to Bart, “In Spain there is a closed-mind in sports, everything is soccer. It is very difficult to introduce other sports, because there isn’t any support from institutions and sponsors. They prefer to invest in a third regional division team rather than in an emerging sport or in a children’s team. But, still, the Catalan league is strong; it has between 1000 and 1200 federated players, while in the rest of Spain there are more or less 400. The Dragons influence has a lot to do” determines. 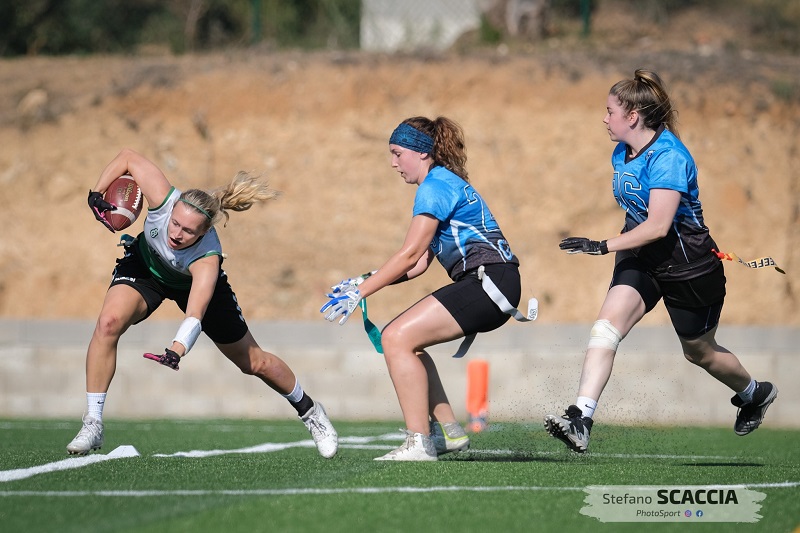 This 10th edition, celebrated between the 18th and the 20th of October, has been won by the Coventry Cougars, from the United Kingdom, and the Klosterneuburg Indians, from Austria.

It should be pointed out that for the first time in 10 days the Organization has decided to repeat the city hosting the event. The amazing CE Futbol Salou and Cambrils Park Sport Village facilities and the weather had driven the clubs to request to celebrate again the event at our facilities.