María José Pons: “If the body responds, quitting is not an option”

We talk with the current goalkeeper of the RCD Espanyol and the Spanish National beach soccer team during her visit at Cambrils Park Sport Village, regarding the Europe Qualifier for the World Beach Games 2019.

Why did you start playing beach soccer?

It is a sport that hooks you, specially to the goalkeeper. Unlike eleven-a-side football, where you are always still and don’t participate too much, at beach soccer the goalkeeper is who starts the game and is always taking part in the game. Once you try it, you want more matches and you can’t wait for the season to start… The truth is that it is a sport that hooks a lot.

Last year you were named the best goalkeeper of the Beach Soccer European Championship. How did you experience that moment?

It is an honour, a privilege. It compensates the work you have been doing and it awards the great performance at the tournament. Besides, there are good goalkeepers! So, the fact that they have awarded me, instead of them, is a personal reward. I also think that it is a collective award because your teammates help you to achieve it. Individually, it is an award that will remain in history and it is nice to have it. 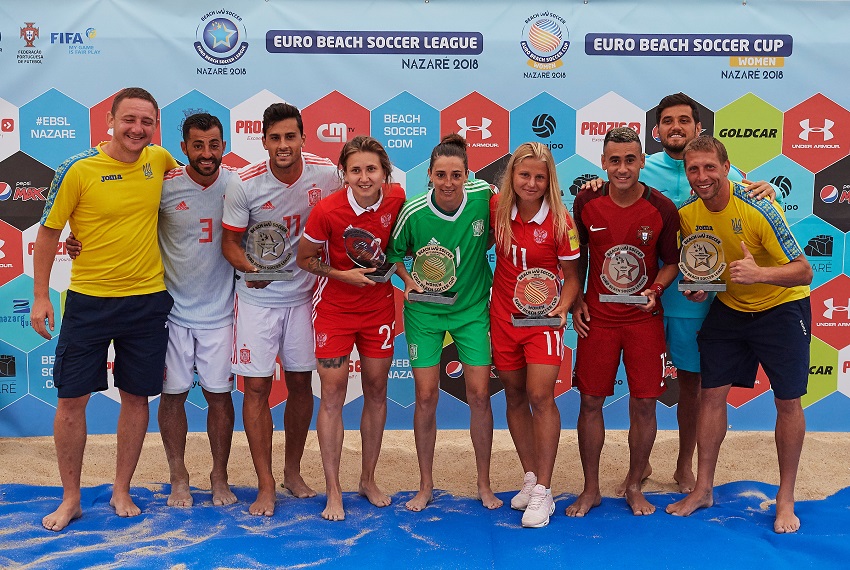 You reach the European qualifiers for the World Beach Games after 30 matches and after the end of the season with RCD Espanyol. Will it be difficult for you to shift to the beach soccer conditions?

I haven’t played all the matches and I arrive well. After all, they are different sports. The mind disconnects rapidly from one to connect with the other. So, one might be tired from all the year but takes it differently. During several months you get ready for the beach soccer season, because the level is different, and your body needs to get used to this way of playing and the transition from the turf to the sand.

What do you like the most about beach soccer?

Stepping barefooted on the sand it is an incredible sensation. On the field, you are always wearing boots and your feet appreciate touching the sand. And then, there is the continuous attack, in which the goalkeeper is always playing, it is always taking part in. Additionally, when it comes to stopping goals and doing impressive stops is not the same to fall on the sand than on the turf. 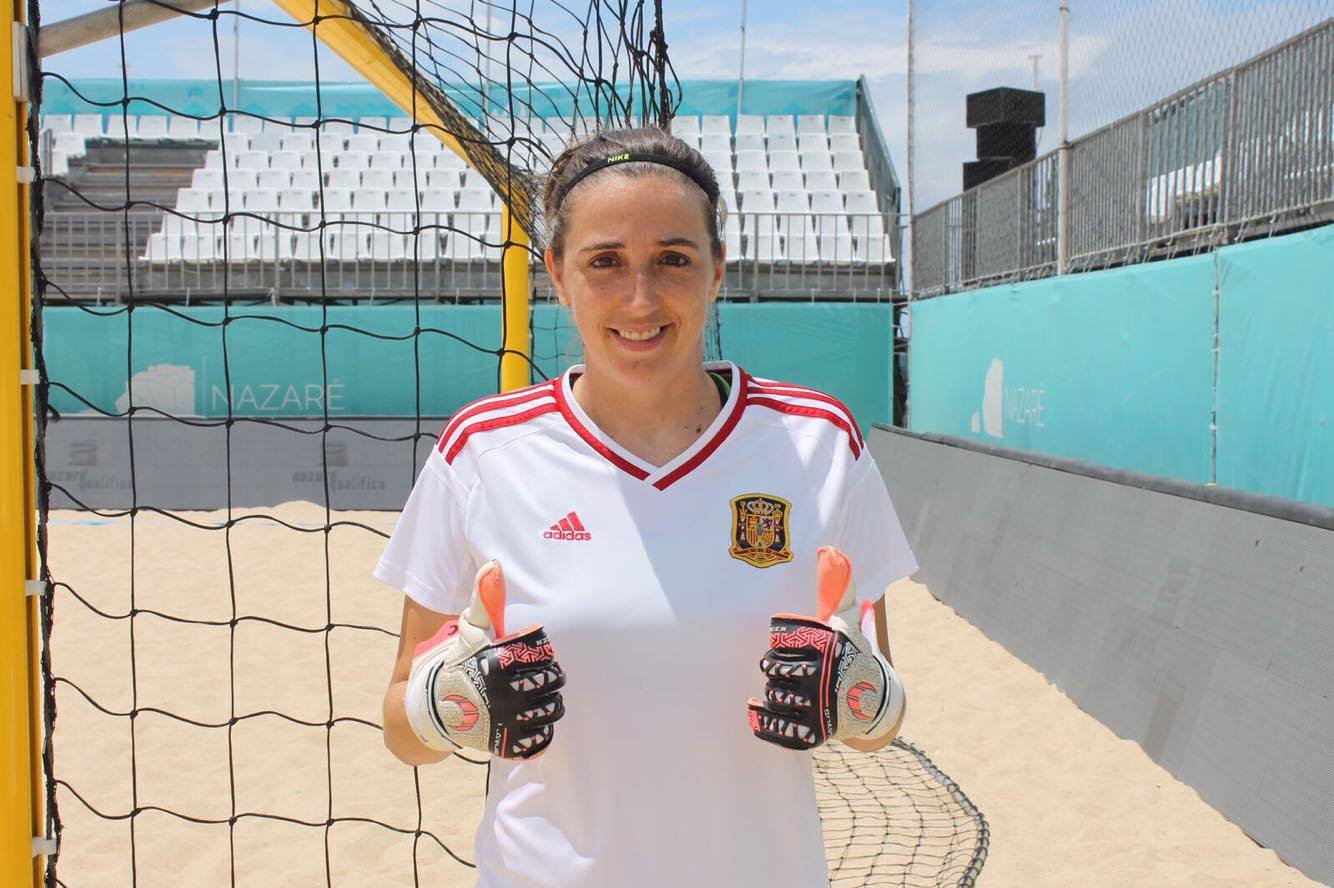 You started your professional career when you were 15 years old. This is your 20th season and you have played for 6 different teams. It is a very long career for your age. If you had to choose a moment from these 20 years, which one would be?

I would choose the moment I won the league with Levante, for the importance of winning a “SuperLeague”. I would also choose when I won the Queen’s Cup with Espanyol. We were a very young squad; the budget was limited, and we had a good coach who is currently training the 2B team with men. It was an amazing year. Beach soccer is also giving me good moments and I hope it will continue this way.

In the past few months, much is being said about women’s football, especially after the historic record of spectators that assisted at the Wanda’s Metropolitan Stadium in the match between Atlético de Madrid - Barcelona.

How do you see the evolution of women’s football and what challenges do you think it has?

The evolution of women’s football is seen now. Before we didn’t have television or social networks and we weren’t sponsored. I think we are taking important steps, but not as fast as we would like to since other national teams and countries are already far ahead. However, we are growing. You can see that there is quality, it's another kind of football, but it's still football. I think that they should keep betting on us because the evolution will go on and I hope it will be in a short period of time. 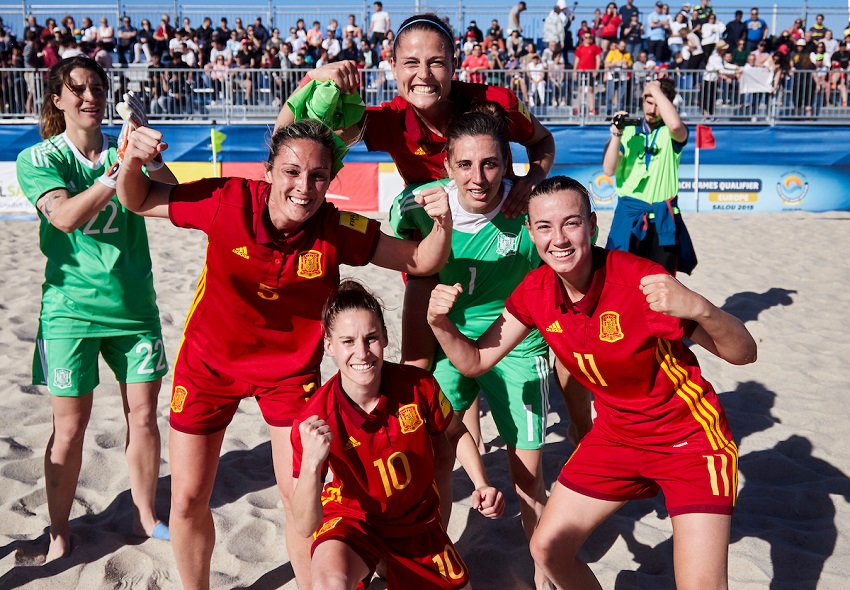 Last year we had here Renate Lingor, the coach of the Germany under 19 football team and nominated by FIFA the third Women’s World Player of the Year in 2006. About this topic she said:

Do you agree with her statement? 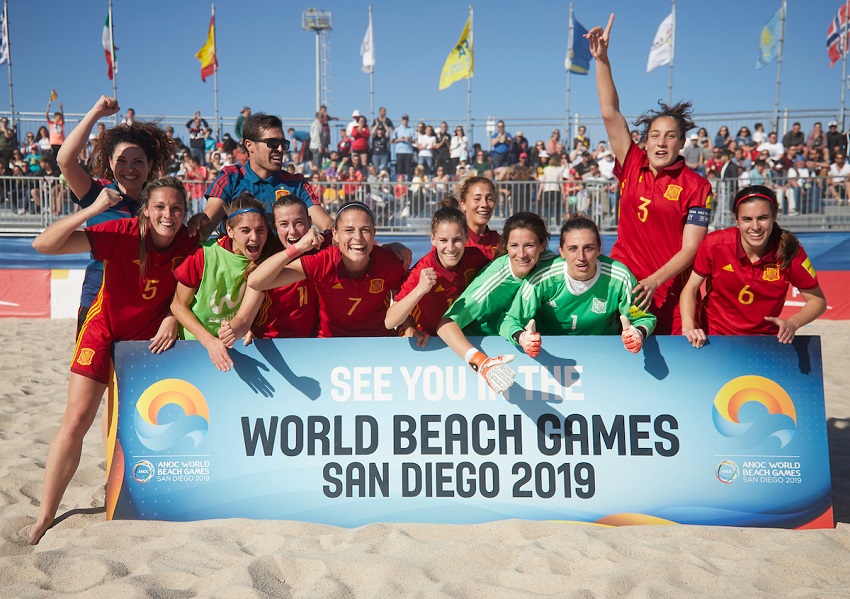 You have just finished the season with RCD Espanyol. How would you evaluate it?

The season has been tough and complicated. We started on a winning streak, then we went through a negative dynamic, in which we were in the relegation positions from where we couldn’t leave. The coach was changed. A change was needed, not because it was his fault, but when the team enters this type of dynamic one must leave them behind. From there, the team got unblocked and started to win, went up, we got saved three or four days before the end of the league. It gave us stability and the team started to play in another way because we were mentally unblocked.

I had the misfortune, on the 18th of February, during a training session, I got my cheekbone broken and I was off for a month. Once recovered, the team was fine, in a positive dynamic and I found it difficult to be again among the 11.

In general, this year Espanyol has ranked better than last year, the team has played better football and we should keep that.

What do you think the future holds for “Mariajo”?

Years pass by and in the end, they take toll on you, your body is heavier, the head…. you look for other things. You always tell yourself “this year I will quit”, but then you doubt. But if the body responds, I think that quitting is not an option. If your body responds and your mind carries on, I think you must keep on playing, because it is an amazing sport, it is my passion; both 11-a-side soccer and beach soccer, and you shouldn’t give up. Let your body say when it is enough, instead of being you because in the end you might regret it. I hope I will keep on for two or three more years.

Thank you very much, Mariajo! Cambrils Park Sport Village wish you the best of luck in your future challenges, both on the sand and the turf.