Interview with Ignacio Ávila, an Olympic titan on two wheels

Back
Cycling
Interview with Ignacio Ávila, an Olympic titan on two wheels
19.09.2019

Since you were a child you suffer from “retinitis pigmentosa”. Can you explain us what this disease is about?

It’s a disability in which the visual field is lower, I only have frontal vision and a percentage of less than 10% of the vision.

But it is obvious that for you this has never been an obstacle to practice sport…. How did you seriously start practising it?

I always liked practicing sports; running, playing football, basketball, skateboarding… despite my visual impairment. I started more seriously when I was 18 with athletics and, since then, I have been very hooked on sports.

Has sport been fundamental to cultivate your spirit of self-improvement?

For me, sport has been essential for my integration. I think that sport is a good tool for social integration whether you have a disability or not. It opens doors, you meet people, and, above everything, it helps you push your limits. You think that you won’t be able to run so fast, that you will not be able to ride so many km on a bike or to climb hard passes and you see that, in the end, with tenacity and practice, you can achieve your goals. 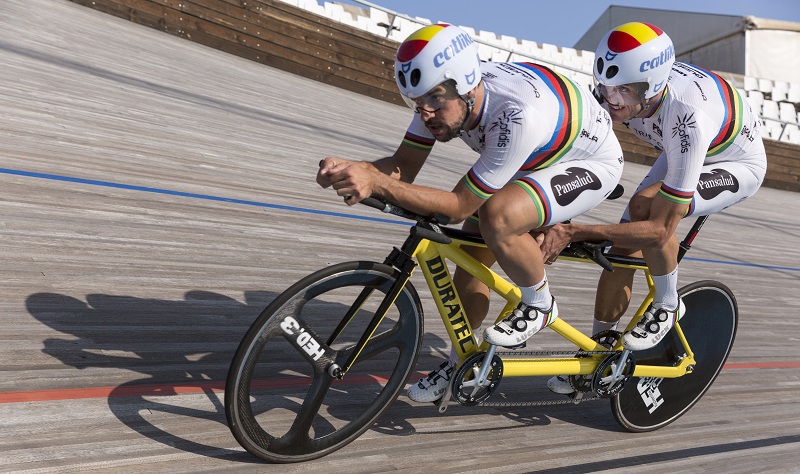 Adapted athletics was the first sport you competed in, the discipline in which you won the silver medal in the Sydney 2000 Games and the bronze medal in Pekin 2008. How do you remember that stage of your life?

I remember it quite well, it was wonderful, specially the first Sydney 2000 Paralympic Games. For me, to qualify it was a big success, but the final signature was to win the silver medal in 4 X 400 in Sydney. Then it was Athens 2004 … but the climax was that bronze medal in the 1.500 in the Beijing 2008 games.

I have a fond memory of that race because, only 250 m to finish, I was in the 8th position, I did the sprint of my life and crossed the finish line the third. It was a huge joy.

I concentrated all my energy, all the positive. Additionally, to be in the Bird’s Nest stadium with more than 80.000 people was amazing. The shouts in that stadium is something I remember so intensively that even now I get goose bumps when I remember those moments in Pekin.

From athletics you shifted to adapted cycling and the truth is that you are doing great! You have won 9 medals in Cycling Championships: 3 golds, 3 silvers, 3 bronze and silver in the Rio 2016 Paralympic Games.

The shift from athletics to cycling was due to an injury I had back in 2011. I could attend the London Olympics, but I realized that I didn’t fully recover, that I was in pain, that the goals I had set I couldn’t reach them… I had been running for 14 years and it was time for a change in my career.

Cycling was something that always attracted my attention. So, I started and since 2013 we are being successful. I am very happy that I have reinvented myself and to be able to continue with my career in elite sports.

Did you expect this shift to bring you so much success?

I didn’t expect my new cycling stage would bring me so much success. When I started my coach told me that I had good abilities and that my experience in athletics was good for the long-distance. But I had to change my mindset when training.

Cycling training plans are completely different, they are longer than the ones in athletics, but it is also a sport where you suffer a lot and one has to give the best at all times, especially when competing, but no, I didn’t expect to get used to it so well.

Then, I have also been lucky to find Joan Font as a pilot, he is my eyes on the tandem. He has taught me a lot about cycling and I think that we are a good team, and we are proving it. 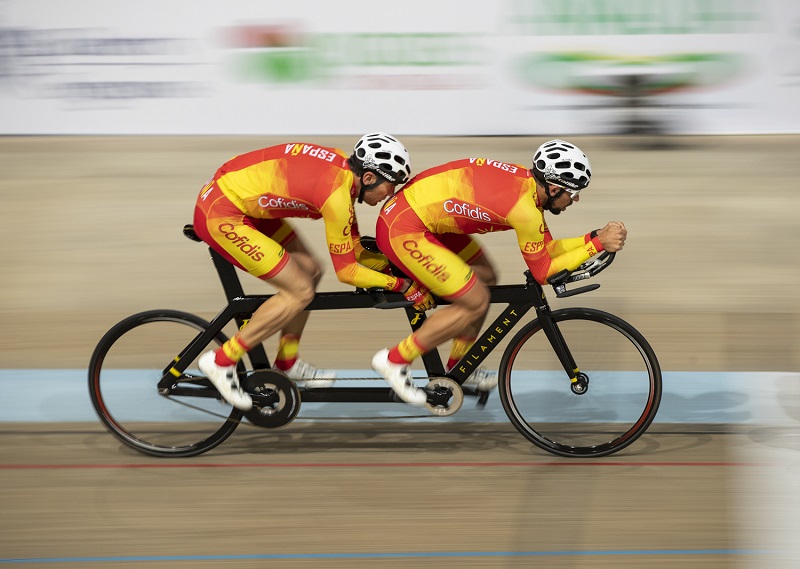 What is the job of a professional sighted pilot? How do you coordinate?

Joan’s job is always to guide me. Specially during a race when coordination is crucial. It is about telling me how the race goes, at what moment of the race we are, what is next, if there has been someone ahead, if we have to stand because there is a pass, if we have to pedal harder, if there is a “palo” (which is what you say when one wants to escape) or if we want to escape….

The communication we must have on a tandem is everything, in addition to lots of training together to achieve total coordination. Sometimes, only with a simple movement or just a “now!”, we already know what one is asking to the other in each moment.

Last April you ran the Titan Desert for the second time, which is the toughest MTB race in the world. The first, in 2017, you were in the 14th position and this year, 6th in the general ranking and having won a stage. It is amazing considering the added difficulty of riding a tandem!

The big slope, being so difficult to ride the tandem on the desert sand ….  During most stages, we had to step off the bike and start running while single bicycles are riding on the dunes. And it really gets very hard. We performed well in 2017, but we felt gutted about not winning any stage. And the truth is that this 2019 we have nail it.

We learned a lot at the first Titan Desert and this 2019 we have realized that our coordination and preparation for this tough race has been ideal. We have shown that we can break our own limits! 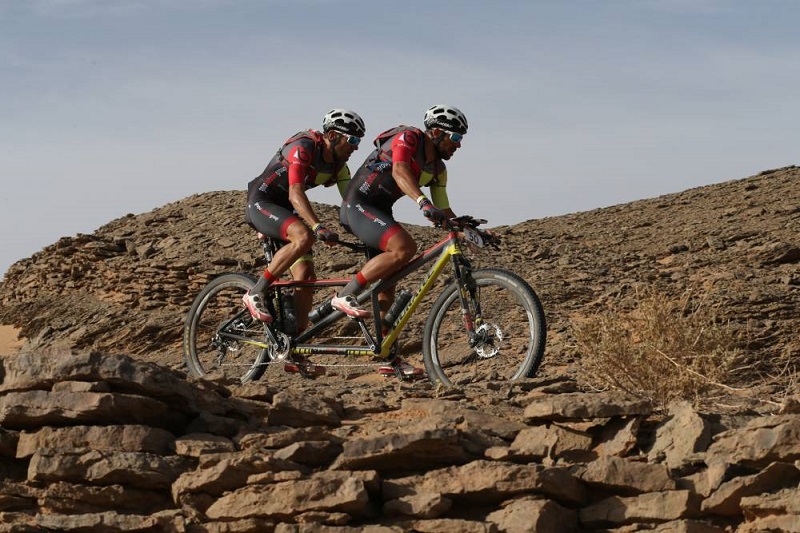 If, in general, high performance sport is the vivid image of effort and sacrifice for self-improvement… Elite Paralympic sports, what is it?

Elite Paralympic sport is a sport as well. Integration, effort, sacrifice, values…. For me, all sport is included and no matter if you have any disability, if you are old, young or a child. For me, sport is for everyone and it always gives you good values as a person.

Rio 2016 was criticized for the fact that, when the Paralympic Games began, the organization reduced the resources for staff, transportation for athletes, press rooms were closed…. Was it something occasional or do you feel like less resources are dedicated to Paralympic Games?

Among the 5 Paralympic games I have taken part in, the ones in Rio are the games where I have been under the worst conditions as an athlete. From Sydney to London everything was very well, we have been considered equally and the same resources have been maintained.

But I consider Brazil wasn’t prepared to organize the Olympic Games or the Paralympic. Due to the countries’ economic situation in 2016, I think that they choose to, quote unquote, take the resource from the Paralympic athletes and give it to the Olympic.

According to the news on the Tokyo 2020 Games, the President of the International Paralympic Committee has stated that they will be the best Paralympic Games in the history. Let’s hope so. 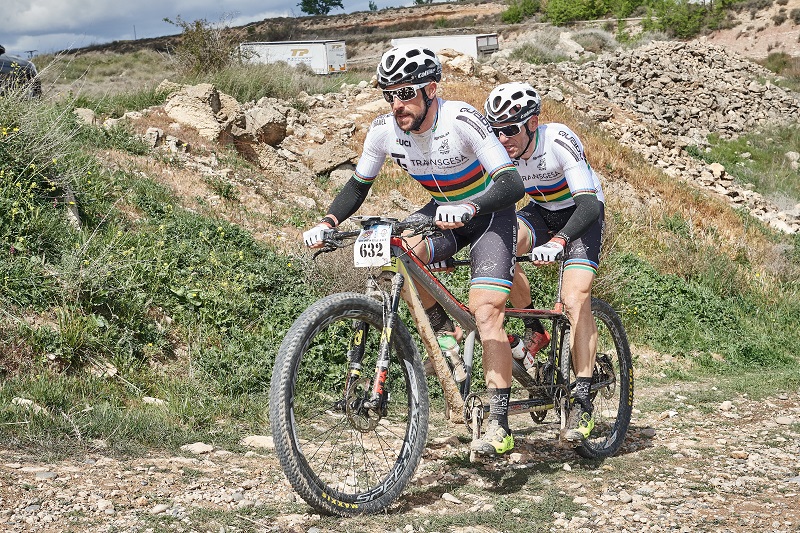 In general, what do you think are the challenges you have to face as Paralympic athletes?

The challenges that we have as Paralympic athletes are integration and inclusion in sport. I think that we all practice sport at different levels and the main goal we have is to be considered equally to any other athlete.

How are you preparing for the Tokyo 2020 Games?

I am looking forward to it. It will be the sixth time I take part in the Paralympic games and I think that after the Games in Tokyo there will be a before and after in my life.

I have always dreamt of becoming a Paralympic champion. Let’s see if in 2020, with a good preparation, with Joan and all my technical team, we can get the gold medal at the Paralympic Games. And I think, that, this way I would give a grand ending to an outstanding sporting career.

We wish you the best luck, Ignacio!