Hanna Payton and Abby Mae Parkinson from Drops Cycling, the team that refused to die

Back
Cycling
Hanna Payton and Abby Mae Parkinson from Drops Cycling, the team that refused to die
10.04.2019

When last winter we interviewed Bob Varney, founder and director of Drops Cycling, he expressed his pride for the teams’ evolution. And he has every reason to feel like that; in only two years of existence, the Drops reached the 11th position in the UCI women’s ranking. It is a meteoric rise, keeping in mind that it is a recently created team integrated by a group of young cyclists.

During those training session days at Cambrils Park Sport Village, no one could imagine that only few months later the team would be at the point of disappearing. American Trek decided to withdraw its sponsorship to create their own women’s cycling team only few weeks before the beginning of the 2019 season.

They were days full of uncertainty for Drops Cycling, but they didn’t want to disappear from the professional map. They decided to call to action with a crowdfunding platform and, in the end, they could collect the money needed to save the team. 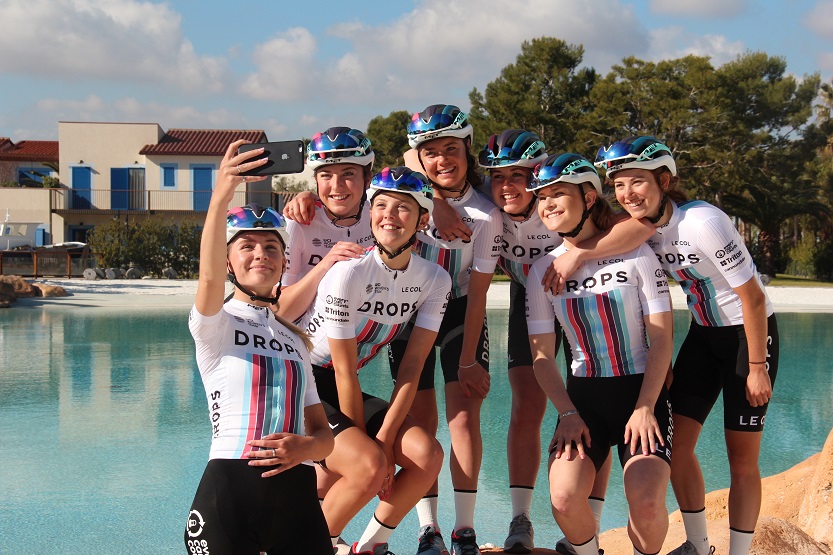 The crowdfunding campaign raised more than £ 25,000 thanks to the money given by people who sympathised with the cause and to some sponsorship agreements, which ensured their future for this 2019.

For the time being, it is the only women’s cycling team in the United Kingdom at the UCI category. The fight was worth it. This year they have chosen Cambrils Park Sport Village again to do their preseason training sessions and, with them, the roads of the Costa Daurada have, once more, become colourful, just as they say with their favourite hashtag: #ColourTheRoad

This season will be different from the previous one, as they will have to sacrifice some races because they have less resources. However, their spirit is the same, as well as the desire to compete and win.

In fact, the first results have arrived: Elinor Barker won the world champion in the scratch race of the UCI Track Cycling World Championships held in Poland in late February.

At Cambrils Park Sport Village we have had the pleasure to interview Abby Mae Parkinson and Hanna Payton, both key members of the Drops Cycling team from its foundation.

Would you like to try a cycling training camp at Cambrils Park Sport Village just as Drops Cycling did? Contact us.