Back
Other
5 things to do in Barcelona while you are staying at Cambrils Park Sport Village
18.07.2019

Take advantage of your sports stay to visit Barcelona, only 1:30 h from Cambrils Park Sport Village, and discover why it is one of the most attractive cities in Europe. Do you like the idea?

We recommend you 5 things to do in Barcelona that you won’t regret.

1. Visit the Camp Nou, one of the most emblematic stadiums in the world

If you love football, a visit to the Camp Nou is a must. Opened in 1957, the home stadium of FC Barcelona is the largest stadium in Europe in capacity and the second largest football stadium in the world after May Day Stadium in North Korea.

Throughout its history, it has hosted important events, like the 1964 European Nations’ Cup semi-final, the 1982 World Cup opening ceremony and two Champion League finals: the 1988/89 season and the 1998/99 season, famous for the historic Manchester United’s comeback against Bayern Munich from two goals down in the injury time. A landmark baptised by the press as “The Camp Nou miracle”. In June 2016 the 99.124 audience that watched the French rugby Top 14 final at the Camp Nou, set an attendance record for a club rugby union game. 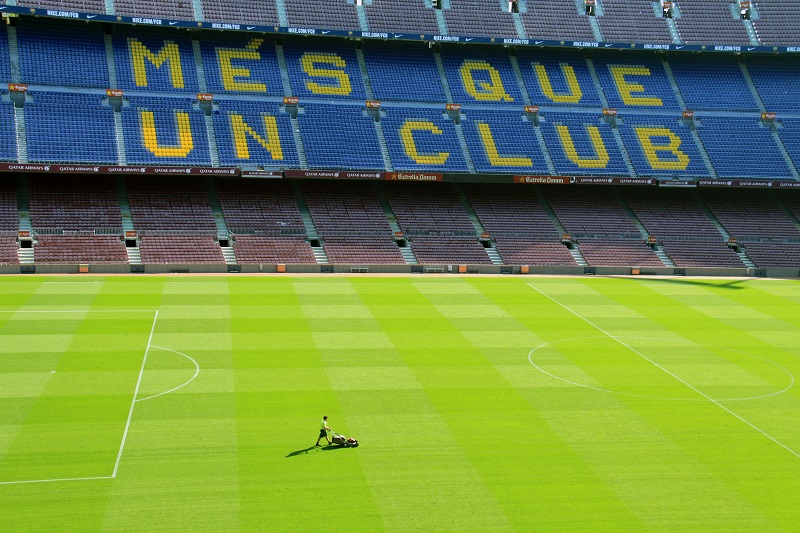 Since the foundation of the club in 1899, FC Barcelona has won 26 La liga, 5 UEFA Champions League titles, 30 Copa del Rey and 3 FIFA Club World Cup. At the Camp Nou Museum you can see all these trophies and recall the history of the Club that has made millions of enthusiasts around the world vibrate. In addition, you will find a space dedicated to Leo Messi, the best football player in the world and widely regarded as one of the greatest players of all time, who has five ballon d’or awards.

Did you know that Barcelona is the only city in the world that has nine UNESCO World heritage sites? That said, it is clear that Barcelona’s cultural and artistic heritage is another great attraction of the County City.

In 2017, the “Cultural and Creative Cities Monitor” instrument by the European Commission disclosed that Barcelona is the ninth European capital of culture. Antoni Gaudi’s architectural heritage is an important factor in the equation. So, without a doubt, you should visit his masterpiece: la Sagrada Familia. 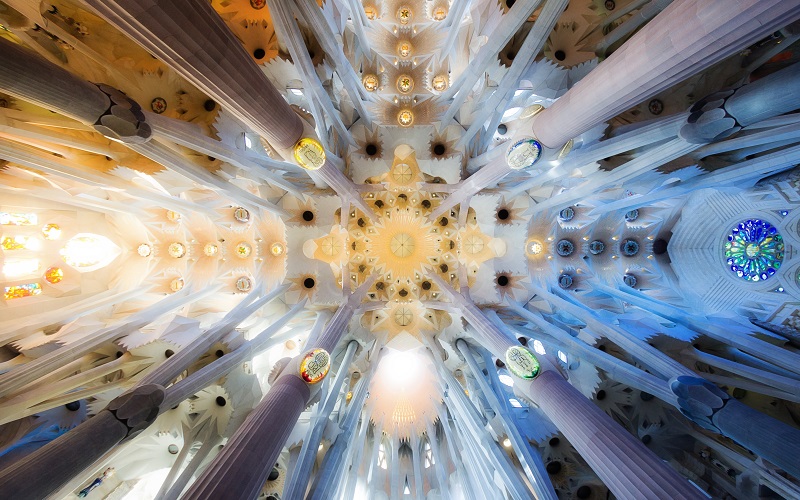 The construction of the expiatory temple started in 1882 and hasn’t finished yet. Its structure is as complex as unprecedented. The temple is full of symbolism and is still being studied by Art Nouveau scholars and experts in Gaudi’s unique universe. All of that, turn the construction into a mandatory visit.

Only 2km away from the Sagrada Familia, one can find Park Güell, another of Gaudi’s masterpieces, declared by UNESCO world Heritage site in 1984. The Park Güell is an open-air 19-hectare area composed of gardens and architectonic elements designed by Gaudí.

For city dwellers, La Rambla is another icon of Barcelona. An avenue that stretches for more than 1 km that will take you from Plaça Catalunya to the city’s harbour. Along are historic buildings as the Liceu Theatre, La Boqueria market or Christopher Columbus Monument. Penetrate the adjacent streets and discover the oldest Barcelona visiting the quarters of el Raval, Barri Gòtic, Santa Caterina and Ribera.

The Barcelona’92 Olympic Games marked a before and after in the County City. Unlike other Olympic cities, Barcelona managed to integrate and take advantage of the economic impact and legacy of the Games infrastructures, becoming a model that other cities have tried to copy with greater or lesser success.

With the construction of the Olympic Ring (Anella Olímpica) took place the remodelling of part of the hill of Montjuïc. The Olympic Stadium, that hosted the 1992 Summer Olympics opening and closing ceremony, is located there. Nowadays it has become a versatile space where great events take place, specially sports and music events. Michael Jackson, Bruce Springsteen, Madonna, ACDC, The Rolling Stones or Beyoncé are some of the great stars that have made more than 50,000 spectators tremble. 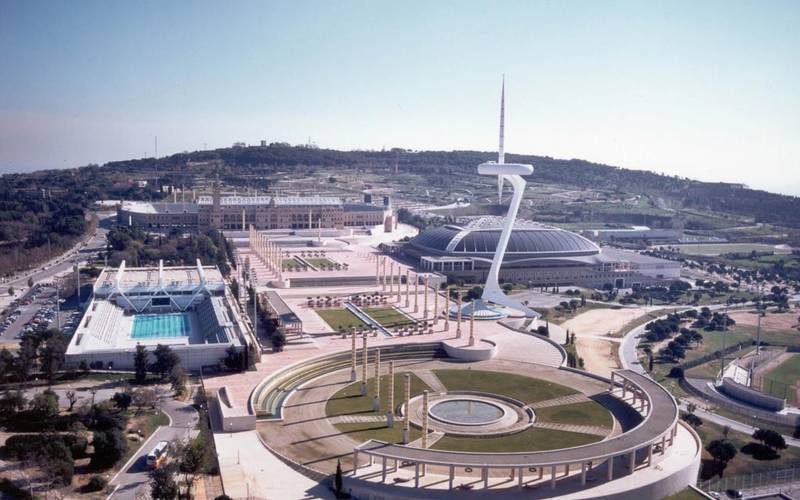 Palau Sant Jordi was built for the Olympic Games with the idea to keep it later for the city. The Palau Sant Jordi has hosted sporting events such as the 1995 IAAF World Indoor Championship in Athletics, two Euro League Final Fours (1998 and 2011), two finals of the Davis Cup (2000 and 2009), two FINA World Championships (2001 and 2013) and the 2014 FIBA Basketball World Cup.

The Picornell Swimming pools, refurbished for the Olympics, were the venue where the Russian swimmer Alexandr Popov won the first of the 9 Olympic medals he has. 27 years later, the swimming pool has hosted a world synchronized swimming event, a world water polo event and two LEN Champions League Final a competition in which the local team (Club Natació Atlètic – Barceloneta) is one of the most successful clubs in Europe.

However, the greatest urban change in the city was the remodelling of the seaside areas of la Barceloneta and Poblenou. The Port Olimpic was built and a new neighbourhood where athletes stayed during the Olympics was created, the Olympic Village. Thanks to the remodelling, Barcelona opened up to the sea, gained beach extension and new roads were drawn.

Do the names of Ferran Adrià, Carme Ruscalleda or Sergi Arola tell you something? The Catalan capital is the birthplace of some of the most awarded chefs in the world. Coincidence?

Barcelona’s privileged geographical location and the fact that it has been Europe’s gateway for different civilizations throughout the centuries, make it one of the cities with most culinary reputation in the world. It is the perfect combination between the sea, the mountain and a wide range of international cuisine. 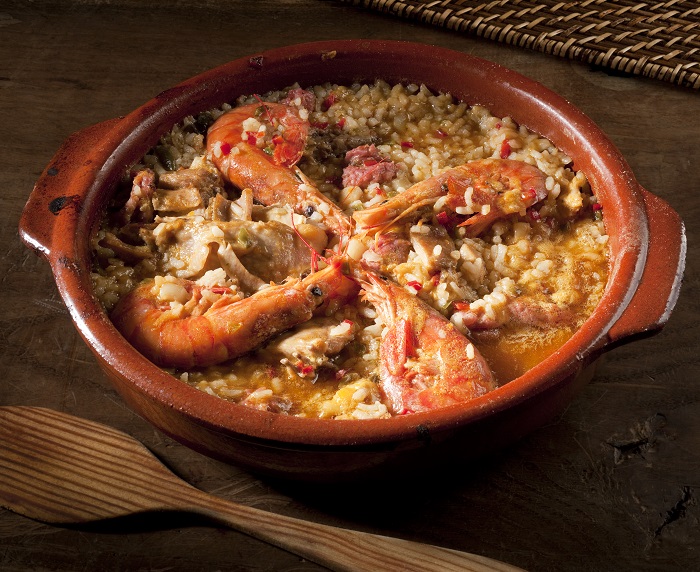 Take advantage of its fantastic weather to eat or drink vermouth in one of the many squares of the city. And don’t miss the famous pa amb tomàquet, escalivada, empedrat, botifarra amb mongetes, allioli or crema catalana… Catalan cuisine classics.

5. Enjoy the weather, the beach and shopping

With more than 8 km of coastline, Barcelona offers a wide variety of beaches. From family beaches like Somorrostro beach to more dynamic beaches like the Bogatell that has volleyball and beach soccer pitches, gymnastics area and a long promenade, ideal for runners and skaters.

Additionally, thanks to the mild Mediterranean climate, beaches can be enjoyed all year round to sunbathe or swim, to practice sport or to eat at one of the many restaurants and beach bars with sea views. 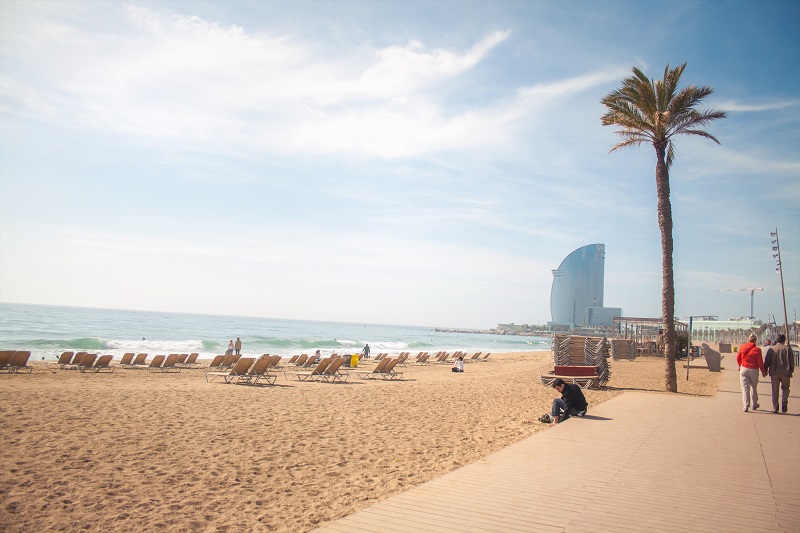 And if what you like is going shopping… do not hesitate, Barcelona is your place. Probably, there isn’t anything that you can’t find at the County City: great brands, independent designers, historical alternative curious shops…

To sum up, visit Barcelona and discover lots of interesting places that will be the icing on the cake of your stay at Cambrils Park Sport Village.